Skip to content
Rare Guest Post – What Are The Dangers And Rewards Of Doubling Down On Your Investments?

I’ve talked investment ideas on occasion with Gary Mishuris of Silver Ring Value Partners for many years.  He’s one of the most disciplined investors I know with a very clear idea of what makes a good stock idea.  Gary is also one of the best at explaining complicated investment ideas in an uncomplicated way.  With his permission, we’re reprinting his recent article on risk control and how to know if you should buy more of a stock that’s gone down.

What Are The Dangers And Rewards Of Doubling Down On Your Investments?

The research note sent electric shocks through Fidelity’s investment department. It was sent by a senior analyst with over 5 years of investing experience who was expected to become a portfolio manager within a few years. It stated: “Any portfolio manager who doesn’t buy this stock, doesn’t deserve to be a PM.”

That analyst never got the coveted promotion to PM. The stock turned out to be a fraud. That’s why it looked like such a sure thing. Sometimes things that look too good to be true actually aren’t that good.

A famous investor made a career-defining move when he doubled down on Amazon post the Dot Com bubble. He kept buying the stock as it kept sinking from a peak of over $80 to a low of below $10 in 2001. His mantra? “The lowest average cost wins.”

Having proven himself to have balls of steel, that same investor attempted an encore performance during the Great Financial Crisis of 2008-2009. He kept doubling down on big, safe, blue-chip financials which were being sold-off in an irrational panic. Remember, the lowest average cost wins, right? Well, not if the companies you are buying stock in go under, which is what happened to this manager. Suffice it to say, his investment career didn’t benefit from the losses that his fund’s shareholders suffered as a result of his boldness.

He wasn’t alone. There were a number of well-respected, skilled investors who kept doubling down on the likes of Washington Mutual, Bear Stearns and Lehman Brothers. One portfolio manager whom I hold in high regard made Washington Mutual a 15% position and published a thoughtful analysis on why it couldn’t possibly be worth as little as the market was valuing it at. It didn’t help him, nor his shareholders.

There was an old story circulating at Fidelity, perhaps apocryphal, of a portfolio manager who lost half of his fund in a single 5% position. I will let you sort out how that could have happened. And yet, when done well, doubling down on an attractive investment can make the difference between a good track record and a great one. So how do we decide when it is wise to do so, and when is discretion the better part of valor?

At the risk of being Captain Obvious, we should only double down on investments when their downside is limited. When is that? Let’s use Charlie Munger’s mental model and invert the question: what causes there to be near 100% downside in an investment?

Financial Leverage – Companies with substantial financial leverage can have their equity wiped out in a crisis. That should be obvious, but smart investors outsmart themselves all too often by finding arguments why in this specific case the investment is safe and won’t be wiped out. This is likely a case of the inside view behavioral bias at work.

External Funding Requirements – The company might start the crisis in a net-cash position, but if it needs to raise capital to continue operating under some business scenarios, then it is at the mercy of financial markets. And financial markets aren’t always merciful.

Reflexivity – George Soros introduced this concept in his Alchemy of Finance. The intrinsic value mental model of investing postulates that value is a function of fundamentals, and over time has a gravitational pull on the price of the security. On the other hand, reflexivity suggests that price can actually change value. This isn’t the case for most companies, but it does happen. For example, the lower the stock price of Bear Stearns went during the Great Financial Crisis, the less confidence customers had in the company and the faster they left for competitors.

Path Dependency – Imagine two scenarios for a recession: a brief and shallow one vs. a long and deep one. If the company is fine in the first case but goes under or seriously dilutes value in the second case, then it is path dependent. Since you really don’t know the path the world will take, doubling down in such an investment can be a recipe for disaster.

Weak Management and Board – A take-under is when a company gets taken private at well below its intrinsic value. This is a serious risk with weak and poorly incented boards. It usually works like this: the stock declines dramatically. A press release goes out, stating something like “The transaction delivers substantial value to XYZ’s shareholders and represents a 39% premium to XYZ’s 30-day volume weighted average price per share as of the unaffected stock price.” Wait a second. Who cares about the 30-day average price? Why is that the determinant of intrinsic value? And what about all the recent optimistic pronouncements by the management team about future prospects, which might lead one to believe a much higher value is warranted? Well, guess what. The CEO will likely do just fine – he will get equity in the new private entity, or similar incentives. Unless he and/or a good portion of the board own enough outright equity or have a strong moral compass to not take from long-term shareholders’ pockets, a take-under is a risk, albeit a less serious one than those above.

Unscrupulous Management – There was a well-known case of a billionaire tech founder taking his company private at a very low price despite the protests of many long-term investors. They sued him. He won. I will never understand why really wealthy people need to use such tactics to get slightly wealthier, but it happens.

Unstable Demand – You can have the cleanest balance sheet and the best governance, but if you are selling pet rocks and people change their minds about their choice of pets, then you might be out of business. Doubling down on an investment demands something that strongly anchors value and leads you to believe the business isn’t transient in nature. Avoid faddish businesses or those that are easily disrupted by other business models.

Let’s say you have vetted your investment, and none of the above apply. Does that mean you should go all-in and make this a 40%, 50% or even 100% position? I frequently hear investors reference Warren Buffett’s ~ 50% position in American Express during the salad oil scandal when he was managing the Buffett Partnership. Well, I have news for most of you: you aren’t Warren Buffett.

Neither am I. A company can pass all the above checks and still be a fraud – recall our analyst from earlier on. Or we can simply make a mistake in our analysis. Or perhaps we have succumbed to one of a number of behavioral biases and are acting only partly rationally and partly emotionally.

So if a company passes all of the above tests, that’s a green light to double down. It’s not a green light to lose 50% of your portfolio in a single investment. The best way to guard against that is to set an initial budget for what % of the portfolio you are willing commit to this investment over time at cost, and then to stick to it.

This will have the added benefit of forcing you to add to your position gradually. Remember, stocks can go a lot lower than you think. And then they can go down some more. We want our process, rigorously implemented over time, to be the driver of superior results, not any one brilliant decision.

If you are interested in learning more about the investment process at Silver Ring Value Partners, you can request an Owner’s Manual here.

If you want to watch educational videos that can help you make better investing decisions using the principles of value investing and behavioral finance, check out my YouTube channel where I regularly post new content.

This article originally appeared on the Behavioral Value Investor 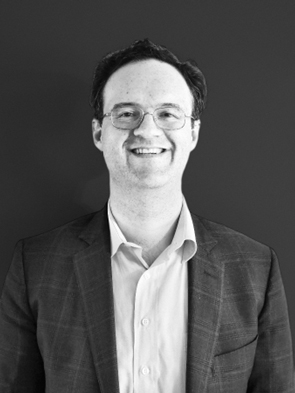