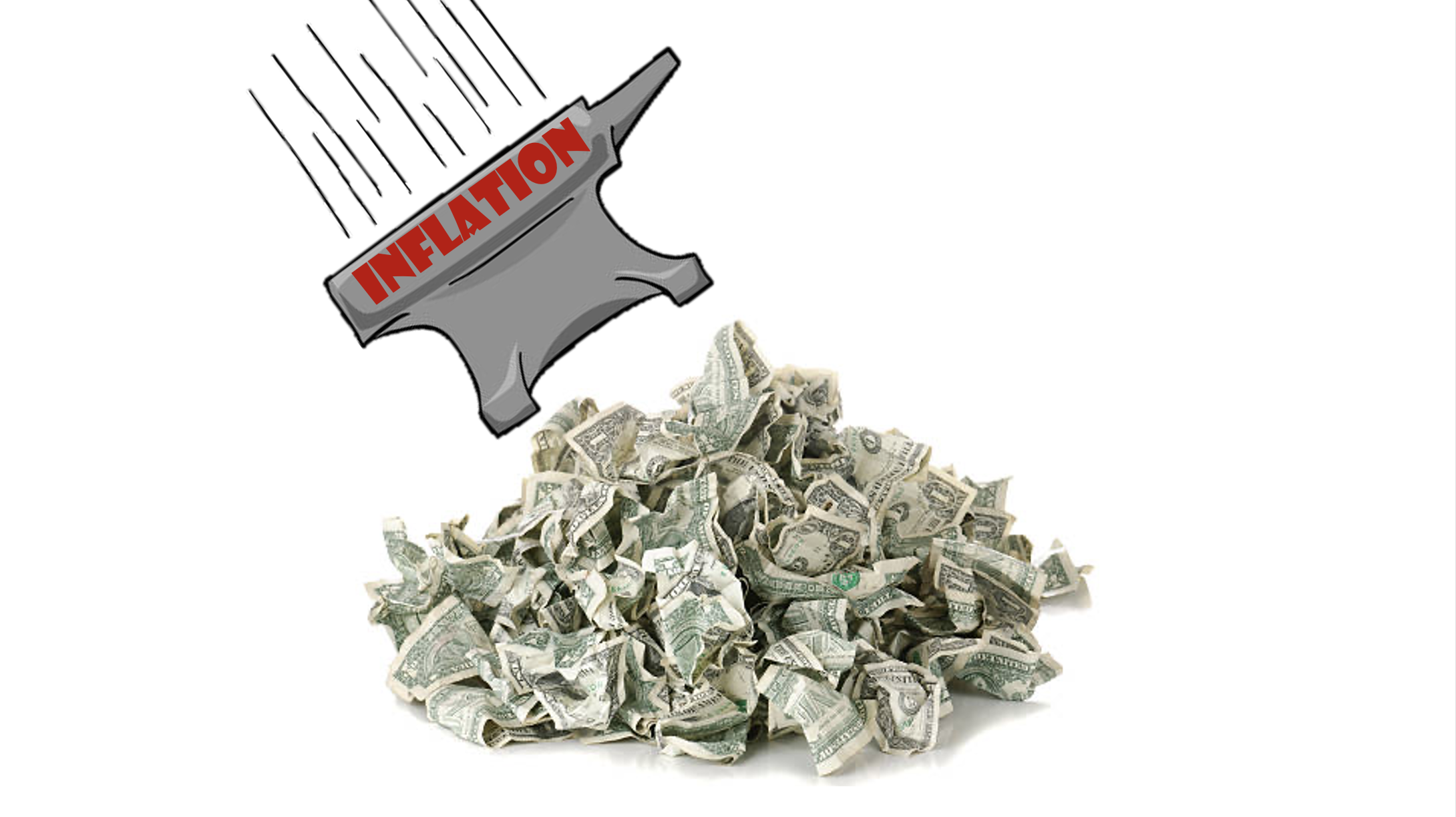 Today the US Bureau of Labor Statistics released the April Consumer Price Index (CPI) of 8.3%.  This is above expectations of 8.1% and below last month’s 8.5%.  Let’s discuss what this means.

First, as we pointed out in this post, the CPI doesn’t reflect objective reality.  It’s a number made up by the government and adjusted to reflect a politically expedient point of view.  The most obvious example of this is during the Clinton administration, actual housing cost (referred to in the report as “shelter”) was replaced by Owners’ Equivalent Rent (OER).  Actual housing cost has gone up much more sharply since then which means reported CPI numbers almost always understate reality as experienced by American households.  Here’s a graph showing the huge difference: 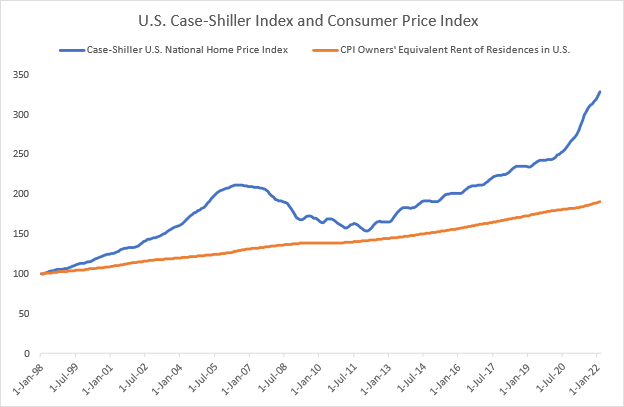 Please note that we’re not picking on President Clinton.  There have been two Republican administrations since then, and neither of them volunteered to report a more accurate (and higher) CPI.  This is a bi-partisan problem.

The most recent Case-Shiller U.S. National Home Price Index was up 19.8%.  Yet, the Bureau of Labor Statistics says that Owners’ Equivalent Rent was only up 5.1%.  For those of you who have tried to buy a home or rent one in the last few months, you can let us know in the comments which number is closer to reality.  Based on the 32.5% weighting of shelter, we’d add another 4.8% to the reported CPI taking us to 13.1% for our unofficial tally.

The official food price inflation number is 9.4% with food at home up 10.8% and food away from home at 7.2%.  Perhaps no one at the Bureau of Labor Statistics has been in a restaurant or a supermarket in the past year.  Food prices (and associated labor costs) where I live have risen so quickly that restaurants no longer charge the posted menu prices, and patrons understand that the bill will be higher.  Technically, the restaurants shouldn’t do this, but none of us want them to go out of business, so we grant them unusual trust during a tough time.

The Food and Agriculture Association of the United Nations reports food prices worldwide are up 29.8% in the last year.  So, unless you believe the American diet which is heavy in expensive protein and expensive restaurant food is only experiencing one third of the inflation seen in other countries, it’s clear that reality is much more challenging.

Add it all together, and we continue to believe that real inflation is trending in the mid-teens.

We also note that the main reason today’s CPI report wasn’t worse was a decrease in gasoline prices last month.  Prices are back up now, so people understand that today’s print could have ended up worse.

The bulls are pointing to a decrease in the CPI from 8.5% to 8.3% and claiming inflation has peaked.  The bears are noting that 8.3% is still a huge number and that the Fed Funds Rate is still only .75% and the Fed balance sheet is still $9 trillion (trillion!).  To that point, we add that with spring planting disrupted in Ukraine and a shortage of fertilizer in the US and other countries unfriendly to Russia, we’re going to see food shortages and food inflation rising in the next few months.

Also, put aside the reported official number for a minute.  What matters is reality.  If inflation did peak at 16% (or so) and has just fallen to 15.8% (or even 15%), how much does that really matter?  The Fed still has to raise rates significantly from here.

This afternoon, St. Louis Fed Chief, James Bullard, said the Fed needed to get rates to 3.5% by year end.  When we started drawing attention to our concerns on inflation last November, expectations were for 0 to 3 rate hikes of 25 basis points (.25%).  In the first few months of this year, expectations moved to 7-11 rate hikes of 25 basis points.  Now, we have senior Federal Reserve officials talking about 14 rate hikes.  Either way, we warned last year that inflation is a huge problem and that it was being under-estimated.  Finally, people in charge are taking this seriously.

With unemployment low and more jobs available than workers, the Fed has no choice but to fight inflation.  The “good” news is that rate hikes will work.  Higher interest rates will raise mortgage rates which will cause housing prices to fall.  Higher rates will pull money out of the stock market and cause growth companies to be valued at a lower multiple.  (This is why the NASDAQ is falling faster than the S&P 500.)  All of this will reduce investment and slow the economy.  Eventually, the rate hikes will reduce inflation – we just have a long way to go to get there.

The bad news is higher prices and higher rates will lead to demand destruction.  People will buy less because they will be able to afford less.  We believe the US has already entered stagflation characterized by negative GDP growth (recession) and high inflation.  Coming higher food prices are going to be a problem for many households.  Wages are up, but by less than inflation.  This means that even with higher earnings, Americans have less spending power.

Washington DC seems to be trying to make the problem worse.  The White House is accusing Republicans of hurting Democrats’ efforts to control inflation.  The plans coming out of the White House involve trillions of additional spending funded by more dollar printing and debt.  We can assure you that this behavior was a huge contributor to the current inflation problem, and that trillions of new spending will only make the existing problem worse.  As above, we’re not just picking on bad plans by Democrats.  When in power, Republicans have shown great skill at over-spending and wasting money.  There is plenty of blame to be shared by both parties in this.

A Modest Proposal That Will Never Be Adopted:

We often see claims that “capitalism has failed”.  Here’s a quick summary of events.  Congress spends insane amounts of money completely out of proportion to GDP or the ability to pay future debts.  Then, the Federal Reserve (an un-elected group of government officials and academics who have never run a business) creates trillions of dollars to fund this spending.  The whole enterprise is supported by reporting of manufactured numbers by the Bureau of Labor Statistics.  The problem is that none of this is sustainable, and none of it reflects reality.  This is government interference in the economy on a huge scale.  It is not capitalism.

The US used to have currency backed by gold which limited the ability to print unlimited amounts of dollars.  The market set the price for interest and risk-taking.  And the stock market should trade off of future earnings, free cash flow, and business quality.  It’s currently trading off of daily comments by Fed officials.  There’s no real price discovery and the constant price swings based on remarks by government officials have gotten silly and destructive.  The US should stop debasing the currency, stop letting the government setting the price of interest, and un-elected officials should stop commenting in public.  It would work, and it’s never going to happen.

Deep Knowledge Investing exists to help people earn better equity returns without taking on more risk.  Whether we like what’s happening or not, we’ll find ways to help you make money from the situation.  That’s why we’ve had huge (and profitable) short positions for months.  We think the current situation is dangerous and is going to hurt a lot of households and families.   That’s why we’re commenting on this issue.

We’ve been hedged for inflation (gold, silver, oil, and bitcoin) since November.  3 of those 4 have worked.  One hasn’t in the last few weeks.  We’ve been short the SPY and QQQ since early January.  At some point, the Fed will get inflation under control.  We suspect that won’t happen before the market recognizes that we’re in a recession.  Companies have been severely punished for earnings misses this quarter (NFLX is the most obvious example, but there are plenty of others).  A weaker economy is likely to lead to future earnings misses.  Once we get past the current issues outlined above, the market will likely go up quickly.  We just don’t think we’re there yet. 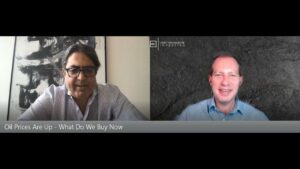