Skip to content
Is the US Dollar Going Up in Value or Down?

We’ve been writing about inflation and the destruction of value in the US Dollar since November last year.  However, when we talk to other market professionals, they comment on the strength of the Dollar.  How is this possible?  Can we have a strong Dollar and a weak Dollar at the same time?  Who’s right – who’s wrong?

Foreign exchange traders typically try to make money by trading pairs of currencies against each other.  (There are complications and exceptions, but let’s keep it simple for now.)  They might buy British Pounds and sell Euros.  Others used to try to take advantage of the difference in yield between the Dollar and the Japanese Yen.  Their profits or losses came in the relative change in value between those currencies.

In 1973, the US Dollar Index (ticker: DXY) was created which compares the Dollar against a basket of other major currencies.  By that measure, the Dollar has been very strong recently.  Here’s a one year chart: 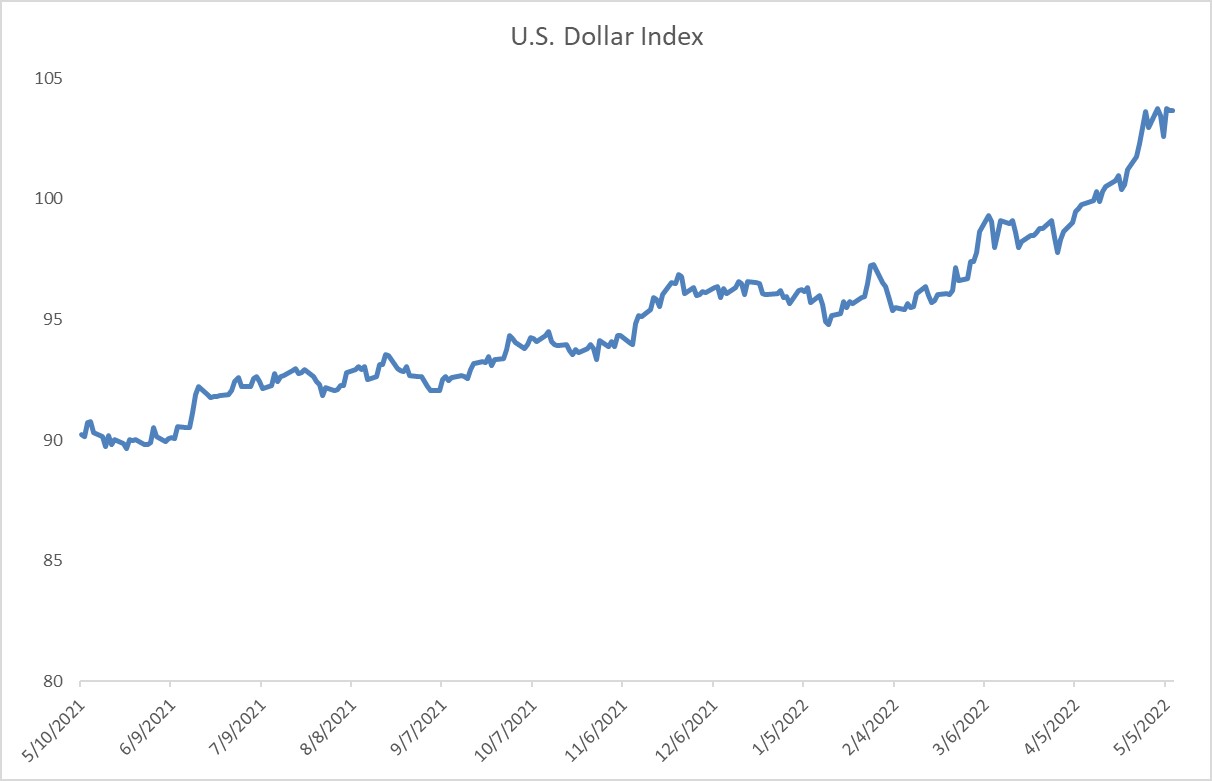 We can see that over the last year, the Dollar has risen from around 90 on the index to around the current 104 level.  So, the Dollar is stronger now against other major currencies than it was last year.  Does this make the financial professionals right?

What Can You Buy With Those Strong Dollars?

If you’re accustomed to thinking in terms of trading currency pairs, then the Fx traders are right and the Dollar is indeed strong.  We have an alternate point of view.  All fiat (government controlled) currencies are devaluing and the Dollar is just devaluing more slowly than the competition.  While the Dollar can buy more of other fiat currencies than it could a year ago, it also buys less food, less energy, and fewer cars.  It buys less gold and fewer quantities of commodities.  Basically, because of very high (and understated inflation), your Dollar buys much less in terms of actual goods and services.  Technically, you could buy more foreign currencies and use those to buy less goods and services.

There’s an old expression about being the best house in a bad neighborhood.  All fiat is falling, and the dollar is falling more slowly.  To conclude, neither side of this discussion is wrong.  The key issue is the specific argument being made.  Hope this helps clear up a complicated issue.