We’ve been critical of the Federal Reserve’s zero interest rate policy which has gone on far too long combined with its $9 trillion balance sheet so many times that it’s not worth putting links here.  A quick check of the DKI blog will show it’s been a topic of interest.  Today, the Wall Street Journal points out that as the Federal Reserve raises interest rates, the value of that $9 trillion portfolio of bonds and mortgage securities will fall.

Of course it will.  Basic bond math tells us that as rates rise, the present value of future payments will fall causing a decrease in prices.  The WSJ quoted the Fed report noting: “In the report, the Fed said that if the fed-funds rate comes in a percentage point higher than March’s expected path, the unrealized loss on Fed holdings could hit $800 billion.”

We’ve noted in these pages that the Fed is stuck.  It needs to raise rates to deal with inflation, but if it does, that would crash both the stock market and the US spending budget.  Over the last decade, US budget deficits have ranged from just under half a trillion to a little over three trillion.  Adding another $800 billion is significant.

The amazing thing is this was entirely predictable by the Fed.  Running up a $9 trillion balance sheet was always a huge risk.  Doing so knowing that unwinding it would take place while raising rates from zero is crazy.  So, we’re back to reprinting our favorite tweet about the Fed.: 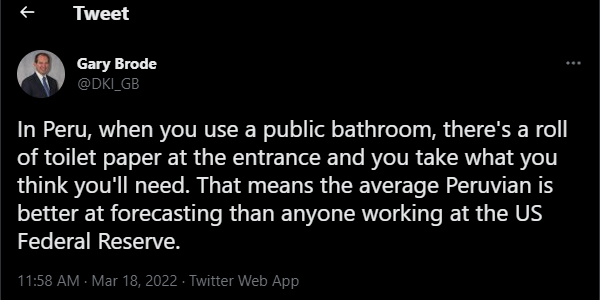 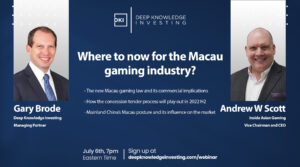