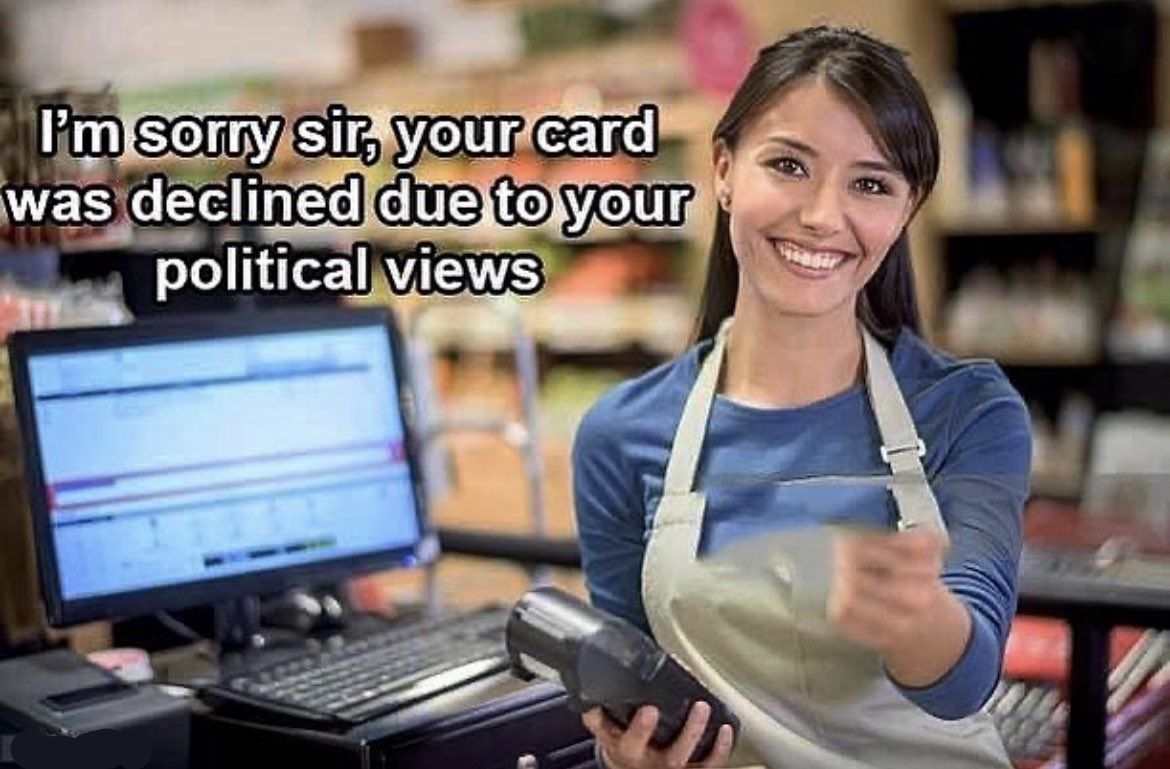 As of today, a bank or other financial service provider will be able immediately to freeze or suspend an account without a court order.”

These are the words of Canada’s minister of finance, Chrystia Freeland.

Freeland’s announcement shocked millions of Canadians and many more across the world.

A major Western country had just thrown out any semblance of the rule of law and property rights on a mass scale—something unprecedented in recent memory.

Many Canadian companies and everyday citizens were paralyzed, suddenly unable to access the money they thought was theirs.

There was not even a pretense of due process. It wasn’t needed since the government simply granted itself emergency powers. The fundamental civil liberties that most Canadians thought they had proved to be illusory.

Imagine if the crackdown against dissidents in Canada instead happened in Venezuela, Cuba, or elsewhere. Is there any doubt there wouldn’t be a fevered pitch call for sanctions or worse?

Instead, to the extent the mainstream media even mentioned it, coverage was generally sympathetic to the Canadian government. The media rationalized their actions as necessary measures against insurrectionists and potential terrorists.

The Canadian banks sheepishly complied. There was no attempt to protect their clients and push back against this blatant government overreach.

If you understand how money, banking, and politics really work, none of this should be surprising.

Like almost all governments, the Canadian government heavily regulates and influences the nominally private banking system. If a Canadian bank were to disobey, the government would immediately give it the kiss of death by revoking its license, removing access to the central bank’s clearing system, and perhaps arresting executives.

The banks will do whatever the government tells them when the chips are down. They have no choice.

Banks are not independent entities, as events in Canada make clear. They are ultimately extensions of the government and the will of politicians in charge at the time.

Canada has set the dangerous precedent that politicians can use banks and money as blunt weapons against their domestic opponents and get away with it.

I have no doubt we’ll see more of this soon in other countries.

It would be foolish to assume that politicians wouldn’t use this new power at their disposal. The only question is, what pretext are they going to use to sell it to the masses?

Today, banks are a tool to stifle dissent and force compliance to vaccine mandates.

Tomorrow, you may find that the government has frozen your bank account because you exceeded your monthly carbon allowance by driving your car too much or buying too much meat. After all, the media and many politicians have already declared a “climate emergency.”

The politicization of money is an urgent danger you cannot afford to ignore. But, thankfully, there is something you can do about it.

What You Can Do

It’s essential to clarify you don’t actually own the money in your bank account.

Once you deposit money at the bank, it’s no longer your property. Instead, it belongs to the bank, and they can do whatever they want with it.

What you own is a promise from the bank to repay you. The currency in your bank account is really just an unsecured liability. Technically, you’re a creditor of the bank.

That’s a very different thing from cash in hand. Yet the vast majority of people wrongly conflate the two. Perhaps events in Canada will change that perception.

“I don’t know what to make of all of this because it’s happening so quickly. I can’t believe the state to which the country has degenerated.

I’ve been in contact with a reliable source within the Canadian military, and he told me today by email that if I had any sense, I’d take my money out of the Canadian banks because the situation is far worse than I’ve been informed. And that’s just one of such messages I’ve received on a daily basis.”

The more money you have in the bank, the more leverage politicians hold over you to shape your behavior. All it takes is the stroke of a politician’s pen to target the bank accounts of large groups of people they don’t like.

It behooves free and independent people to ensure that someone else isn’t in charge of their destiny. A big part of that is securing your money. No politician or constitution will do that for you. It’s something you have to take responsibility for.

The idea is to own assets with as few counterparties as possible. Therefore, you want the least amount of distance possible between you and a meaningful portion of your money.

Ideally, you have some wealth that you own outright, without a bank, a custodian, or some other 3rd party that can be pressured.

So, taking your money out of the banks is a good start. How much to remove is a decision that each individual must make given their circumstances.

But then where do you put it?

The way I see it, you have four options for your liquid assets.

Option #1: You could try to withdraw it as cash. However, it’s not guaranteed the bank will honor your request, and if they do, they probably won’t make it easy. Traveling with large amounts of cash is also unwise. It makes you a target for thieves and cash-sniffing dogs.

Option #2: Moving your money to a bank in a safer jurisdiction like the Cayman Islands, Singapore, or Switzerland is undoubtedly better than keeping it in Canada, for example. But that requires you to have set up such an account in advance, and it often requires large minimum deposits.

Even if you don’t plan on using it, you should obtain a financial account in a friendly foreign jurisdiction. That way, you can act quickly in case you ever need it.

I recommend avoiding numismatic or collectible coins. They are more complicated, can have significant premiums, and present an opportunity for you to get ripped off if you don’t know what you’re doing. Instead, keep it simple and stick to the widely recognized bullion coins like the American Eagle or the Krugerrand.

Unfortunately, physical gold and silver coins present a similar problem as cash. It’s not a good idea to travel with a lot of them as they quickly show up in x-ray machines.

Also, never store your precious metals in a bank’s safe deposit box. Naturally, that carries the same risks as money in a bank account. Instead, it’s far better to use a private non-bank vault if you have more significant amounts. Here’s one worth looking into.

Option #4: Jordan Peterson also recently said: “And Bitcoin once again looks more valuable and necessary.” He’s absolutely correct. There’s never been a time when it’s been more risky to not own Bitcoin.

Bitcoin separates money from the state and offers regular people a haven. They can easily use it to hold, send, and receive wealth.

However, it is critically important to emphasize that you should only hold Bitcoin in a non-custodial wallet in which only you control the private keys.

For example, if you own Bitcoin on Coinbase, Cash App, or some other custodial platform, you don’t own your Bitcoins, but rather a “Bitcoin IOU,” which is a very different thing. As a result, these custodians can easily freeze and seize your Bitcoin just like a bank can with its customer deposits.

Holding Bitcoin in a non-custodial wallet is like having a physical gold coin in your own possession. Nobody can take it from you or deny your ability to use it. Nor do you need to depend on any third party.

As for non-custodial mobile phone wallets, Muun and BlueWallet are excellent options. You can find them in the app stores.

Don’t be complacent, and take action to secure your liquid assets before it’s too late.

Canada has normalized using banks and money as political weapons. However, this is only the beginning…

I have no doubt we’ll see much more severe measures soon worldwide.

Editor’s Note: Unfortunately most people have no idea what really happens when a government goes out of control, let alone how to prepare…

The coming economic and political crisis is going to be much worse, much longer, and very different than what we’ve seen in the past.