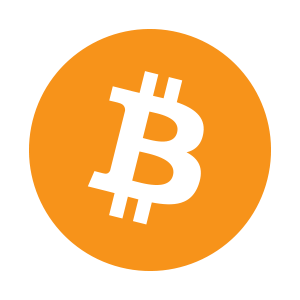 On November 9th, 2020, we published the original version of this article on Bitcoin.  In the less than 2 months since we wrote that piece, Bitcoin is up 115% from $15,480 to $33,217 as of this writing.  Despite the significant increase in price, we see further value, and are updating the “Return Potential” section below.

A few years ago, Bitcoin was a niche asset and somewhat of a curiosity.  People were excited by the quick rise in the price of the asset; but also, confused about how to purchase and spend it.  There were also widespread concerns regarding where and how the digital currency could be spent, and also about potential onerous government regulation.

The situation is different now.  The US government seems to have taken a light touch on regulation with the primary requirement being that US citizens pay taxes on the appreciation of the currency even when using it for a purchase.  In the month of October alone, we’ve seen two additional encouraging developments.  PayPal recently announced it will join Square Inc and Robinhood Markets Inc in allowing the use of cryptocurrency as payment on its platform.  And Singapore’s largest bank is planning to launch a cryptocurrency exchange.  We think there are three key reasons to consider investing in the space.

Bitcoin is a Check on Central Bank Abuse of Fiat Currency:

Ever since the formation of the Federal Reserve and accelerating when President Nixon took the United States off the gold standard, the United States has taken advantage of its control of the world reserve currency and printed trillions of dollars resulting in inflation.  That trend reached an insane level in 2020 when the US Government fired off trillions of dollars of stimulus, and the Federal Reserve printed trillions of new dollars to buy financial assets.  While we can’t say we had a better solution under challenging Coronavirus conditions, that doesn’t change the fact that huge amounts of currency printing can and will lead to inflation.  Bitcoin limits both the total number of possible coins that can be minted as well as the number of coins that can be put into circulation in a given period of time.  As a result, the asset is deflationary in nature.

Chris Bell is the National Sales Manager at Horizon Kinetics, an asset manager which was an early adopter of Bitcoin.  He commented that, “The US total debt is $85 trillion, and US Government debt is $27 trillion.  There is $15 trillion worth of negative interest rate sovereign debt worldwide, and many of the world’s central banks need to create new currency at above a 5% growth rate.  Everyone needs an asset that hedges global fiscal profligacy and inflationary policies. Bitcoin has the strongest and most secure global network, and offers a limited supply of coin issuance of 900 per day right now.  That number is declining.  The total number of Bitcoins will be 21 million which is expected in 2140.  1% of a portfolio is all one needs to hedge coming devaluation or inflation.”  We’ll get to that last point in a bit.

Deep Knowledge Investing exists to help sophisticated investors earn better risk-adjusted returns in the public equity portions of their portfolios.  As a result, we do not pursue a social or political agenda.  With that said, we do want to acknowledge that there has been some valid criticism in recent years regarding access to the financial system.  Most of the people reading this article have always had access to the banking system, to the ability to write checks, and to use credit or debit cards to pay for goods and services.  Not everyone has that access, and that can serve as a barrier to people starting businesses, paying bills, and developing financial independence.

Wendy Diamond is the CEO/Founder of the Women’s Entrepreneurship Day Organization (WEDO) and LDP Ventures.  She is an impact investor with a focus on blockchain, and has invested in Producers Market, Basepaws, Crescent Capital, CoinFund, and Trust Circle.  Along with Sequoia, Andreessen Horowitz, and Union Square Ventures, she is a limited partner with one of the premiere crypto asset firms, Blocktower Capital.  Wendy has worked tirelessly in order to promote entrepreneurship and financial independence for the underdog, and she sums up the moral case for Bitcoin better than anyone we’ve seen.  “Since 2015 I have been a true believer in blockchain based digital currency; especially as deflationary currencies in countries such as Zimbabwe, Botswana, and Venezuela have suffered hyperinflation.  Bitcoin provides traceability, security, and transparency which provides economic empowerment for the world’s two billion unbanked people. Financial inclusion is the key to reducing poverty!”  Her work with Producers Market has led to the development of a million plus organic farmer network in India designing a blockchain integration for all their post-harvest value chain activities.  Deep Knowledge Investing believes in free markets, free people, and self-determination, and we believe Wendy’s aim in this matter is directly in line with helping the most people in the best way.

We also checked in with Claudia Valladares who is the Co-Founder and CEO of Impact Hub Caracas.  Previously, she was the Chief Executive Officer of Banca Communitaria Banesco.  According to Chainalysis, Venezuela is the third most active country in adoption of Bitcoin and cryptocurrencies in the world.  “Venezuela represents a very good example of what drives the adoption of cryptocurrencies in developing countries and how citizens use it to mitigate economic instability.  Venezuelans use cryptocurrencies because the local currency, the bolivar, has lost value due to inflation.  While the bolivar continues to lose value, Venezuelans have shifted to using both the US dollar and Bitcoin.  The government has imposed barriers making full adoption impossible.  That is why a significant number of applications have been developed attempting to build a bridge between Venezuelans and use of the dollar.”

Claudia adds that “many Venezuelans who have left the country are using Bitcoin to get funds back to friends and family members at home.  There are those who believe that the bright future of cryptography depends on the struggle between different types of money, and they see Bitcoin as a possible financial liberator.”

In September, we did a call with Peter Doyle and Chris Bell of Horizon Kinetics about hard assets including Bitcoin.  They made a fascinating point about the return potential of Bitcoin.  Peter and Chris recommended allocating a small portion of an investment portfolio to Bitcoin; as small as 50bp – 250bp.  We asked them why they’d make a small allocation to something that they thought was a great investment.  After all, in the equity world, we tend to heavily overweight our best ideas.  Their response was that the return potential of Bitcoin was so high that it didn’t need to be a large part of a portfolio to produce meaningful returns.

Bitcoin is transitioning from a little-understood niche asset to something more significant.  Recently, there has been speculation that Apple and Microsoft join PayPal and Square in buying and using Bitcoin.  We don’t know their plans, but believe Bitcoin is on its way to becoming an important asset class.  Most importantly, with each hedge fund, institution, and insurance company that buys Bitcoin, two things happen.  One, it reduces the barrier to entry for others, and two, it adds pressure for other institutions to view the cryptocurrency as an asset class and take a position.

We expect that in 2021 large institutions and pension funds will start allocating a small percentage of assets to Bitcoin.  With a total market cap. of around $500 billion, and new mining producing only $30 million of new coins a day, even a small allocation from large asset managers would be enough to move the price of an asset that has a fixed supply and will take another 100 years to mine the final 11% of that supply.

Chris Bell and Wendy Diamond are members of the Deep Knowledge Investing Board of Advisors.  We are grateful for their contribution.

We have warned, and warned and warned that the design of the anti-Russian sanctions are impairing the value of the dollar as the world’s reserve currency.  In particular, we... 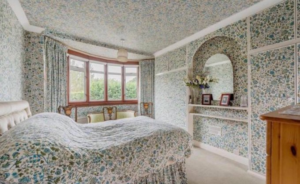 Great guest post today from DKI Board of Advisors member Howard Freedland.  He’s been working in the residential and commercial real estate space in the ultra-hot West Palm Beach,...