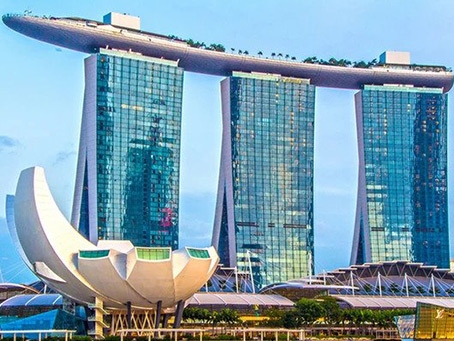 Overview:
On April 27, 2020, we published a piece on Las Vegas Sands. The stock was at $43 and we recommended buying it. On June 10th, we sold the position at $52. The stock had moved over 20% in under a month and a half, and we were concerned about an extension of the coronavirus lock-downs.

After we sold the stock, it traded down on fears of further delays in re-opening both the economy and businesses that serve large groups. On July 29, 2020, with LVS back at $43, we published a second piece saying, “For anyone who missed this pick the first time around, we think you’re getting a great second chance now.” That piece was published in Barron’s.

Business Update:
The key points of our thesis were simple. The Macau and Singapore markets which make up approximately 90% of company EBITDA were going from closed to open. That meant that sequential numbers were about to get a lot better. Since then, both the Macau and Singapore markets have started to loosen restrictions allowing more visitors. In addition, the Chinese government has allowed the resumption of the individual visit scheme visas in Macau.

Last week, we did a call with Howard Jay Klein who was a 30-year C-level gaming executive, and is a member of the Deep Knowledge Investing Board of Advisors, and the author of The House Edge. On that call, Howard discussed some new consumer research out of China regarding the conditions gamblers in Macau need to see before they would feel comfortable entering a casino. In short, he thought that Chinese gamblers would be ready to return to the Macau casinos far sooner than high-level officials had thought. This information has never been discussed in a public forum prior to this call.

While Sands China which encompasses the Macau market posted a sizeable loss in the quarter, the stock rose in the after-market once the management team started talking about Macau on the conference call. Grant Chum, the Chief Operating Officer of Sands China said, “And at this level of non-rolling drop, we are able to achieve and we are achieving a slight positive EBITDA month to date based on current cost structure and the business mix.
” Moving past the gaming jargon, LVS is saying that on a facility basis, EBITDA in the Macau market has turned from a huge negative number in the 3rd quarter to positive in October.

Since October included Golden Week, a holiday in China where there is traditionally a lot of gambling, it’s possible that October had a bit of an extra lift, but the direction here is positive as we suggested in our original thesis.

Mr. Chum further said, “The patrons returning first to Macao are the high-quality, high-frequency customers. I think that reflects the pent-up demand that these guests have, and these are the ones who are used to staying overnight in Macau. They are used to having multiple-night stays in Macau, enjoying the destination, and these are the first customers to come back, and that’s natural.” So, a special hat-tip to Howard Jay Klein who on the Deep Knowledge Investing call last week said that this was exactly what would happen.

While the Las Vegas market is only about 10% of company EBITDA we do think it’s worthwhile to note that hold-normalized adjusted property EBITDA at the Las Vegas Venetian was -$3MM in the quarter. So, the Vegas market is getting close to flat. On the call, Sheldon Adelson mentioned that “weekend occupancies have been as high as 70%” in Las Vegas.

Conclusion:
Results from the quarter, and further discussion about business trends in October confirm our positive thesis. We continue to own the stock and expect that visitation and gambling at LVS’ casinos will continue to increase.