Skip to content
The Depth Report – Even More Net Short

Overview:
Two weeks ago, we wrote a piece titled Net Short where we disclosed that we had a large cash position, and had gone short against the market through options spreads. In that piece, we discussed the biological reasons the corona virus was spreading so quickly, the economic disruption that was on the way, and noted that US cases were being under-reported due to insufficient testing by the Center for Disease Control. We now have information that the situation is worse than expected.

This is Coming from the White House:
Over the weekend we spoke with someone who is personally connected at the highest levels of the White House. In private, the administration is extremely concerned about the spread of the virus as well as the associated economic disruption that will come from closing schools, factories, public transportation, and other potential quarantine actions. The bigger issue is the acknowledgment that we were correct in our above speculation. The White House is aware that actual virus numbers are much worse than the official statistics due to a lack of testing. Given the lack of testing, we’re not sure exactly what data the Administration is seeing, but they are aware that more accurate virus data will result in greater alarm from the public.

What’s the Market Impact:
We’ve had a lot of people suggest to us that the impact of the virus is already in the market. We disagree. The market is down 12% from all-time highs. Imagine the following scenario: tens of thousands of positive tests here in the US, suspension of public transportation, schools closed, factories closed, people afraid to go to work, and the possibility of entire neighborhoods being put under quarantine. Some of the above will definitely happen. All of the above might happen. In that case, the market will fall, and 12% is just the start. We added to our put option position last week through naked long puts (no spread), and intend to add more this week.

An additional potential scenario involves resistance to quarantines. We politely urge all Americans who are ill, or who have reason to believe they have been exposed to self-quarantine. We believe that most Americans are civic-minded and would behave responsibly. But what happens if healthy people get quarantined in neighborhoods or buildings with sick people? They will naturally want to leave, and may argue that they have a First Amendment right of free assembly. We see a possibility of local conflict between Americans resisting quarantine and local police, or locally-stationed National Guard. If that conflict turns violent, that will also be a negative market event. The probability of such an event is below 50%, but not completely remote. We hope that we are wrong on this, but suggest that people consider civic disorder as a risk to their portfolio. 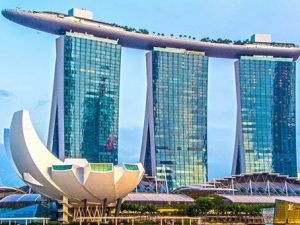