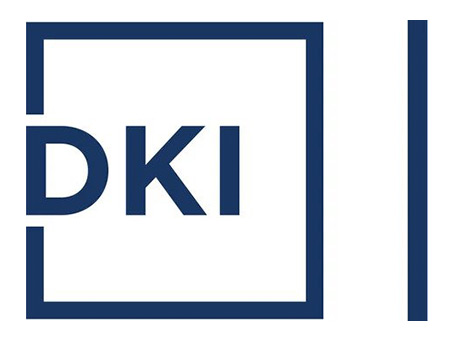 Overview:
This is a follow-up piece for a full report we published in November on Royal Caribbean Cruises Ltd. (ticker: RCL). Benjamin Graham wrote about investing with a margin of safety explaining that you want to invest where the market price of a stock is trading at a substantial discount to the intrinsic value of the underlying business. Decades later, Seth Klarman wrote a fantastic book about investing with the same title. Finally, someone who taught me a lot about investing used to relay the advice that if you could invest in situations where you’d make a lot of money if you were right, and not lose money if you were wrong, you were certain to do well over time.

Update on Royal Caribbean:
There have been two significant events since we wrote the initial piece. First, Royal Caribbean announced a good 4thquarter, and said that they had record bookings at record prices. Surprisingly, the company elaborated that bookings outside of China had shown no slowdown over fears of the novel corona virus.

The worldwide corona virus pandemic is the second event. This contagious disease represents the worst-case scenario for cruise lines. Over the past decade, cruise ships have navigated through dozens of norovirus outbreaks on ships, increasing security to deal with piracy, and even the spectacular sinking of the Costa Concordia. For the most part, passengers have viewed these events as isolated issues.

The corona virus is a bit different. First, a Carnival ship was quarantined when one passenger had flu-like symptoms. That situation was resolved a day later when the passenger tested negative for the corona virus. Last week, a Royal Caribbean ship in New Jersey had an issue with infected Chinese nationals which also turned out to be the flu, but delayed departure. In addition, the company has docked the China-based Spectrum of the Seas and cancelled sailings for weeks.

By far the worst situation is on the Carnival-owned Diamond Princess which now has hundreds of corona virus cases. As of this writing, the only way off the ship is if you test positive for the virus. The rest of the passengers are quarantined in their staterooms hoping not to become ill. Other cruise ships have been denied the ability to dock in certain places as port cities are unwilling to take the risk of potentially-infected passengers entering their cities. To us, the prospect of being confined to a small stateroom on a ship where you have a spreading infectious disease sound more like the plot of a great horror movie than a vacation.

What We Got Wrong:
We believe we are correct in our initial conclusion that the corona virus will burn itself out and become a temporary event like almost all virus epidemics. However, the extent of the outbreak has been worse than we had initially expected. The Chinese government was reporting erroneous data by ignoring all cases not confirmed in hospital settings, and because the hospitals had a limited number of people they could test each day. Once the new cases reached 3,000 – 4,000 a day, the hospitals hit the limit of testing capacity and couldn’t report additional cases. A day ago, the Chinese government started to count suspected cases with positive non-hospital tests, and that led to a jump in confirmed cases.

While no one in China will go on record about the increase in crematorium activity due to fears of reprisals from the government, we base the above conclusion on three intertwined pieces of evidence. First, there are widespread reports of up to a dozen ambulances a day going from Wuhan hospitals to crematoriums full of dead bodies. Second, there are multiple reports from crematorium workers saying they’re running the ovens 24 hours a day. Third, there is a huge increase in sulfur dioxide gas above Wuhan. While there are multiple possible explanations for the SO2 increase, mass cremations are one possible reason and it fits with the first two pieces of evidence.

We also were too quick to dismiss the “breathless conspiracy theory” about the virus being engineered in a Wuhan bio-lab. At the time, we considered it a remarkable coincidence that Chinese nationals had been caught stealing a corona virus from a Canadian lab 3 years ago and that Wuhan was home to one of China’s level 4 bio-labs. Now, we’ve seen reports that there were early virus cases from people with no connection to the animal market that was part of the original explanation for the disease. More concerning is the work done by Indian researchers indicating there are 4 insertions in the virus that come from HIV infections followed by the discovery that anti-HIV drugs were having a positive effect on people with the corona virus. At this point, it seems likely that the official animal market story is a cover for something that got out of the Wuhan lab.

As a side note, we do find it curious that while there are hundreds of people with the corona virus outside of China, only 3 of them have died. There is a story that the virus has proteins that make it more likely to attach to Asian people, but if that were the full explanation, we’d see a higher death toll in Japan, Thailand, Singapore, and Vietnam. There’s something else going on here. It’s possible the explanation is as simple as better care in countries where the hospitals are not already overwhelmed. We’ll keep watching for more information on this.

What We Got Right:
This is where we come back to the key point about the margin of safety. Our initial thesis on Royal Caribbean was that it was a good business with great assets and transitioning to newer ships with a much higher return on capital. We emphasized that the sell-side was focusing on 2019 earnings that were lowered by a series of one-time items that were unlikely to repeat in 2020. As noted above the stock was in the $112 – $115 range when we published the report in multiple locations.

Since then, the company has seen potentially the worst viral outbreak in 100 years, and people have been trapped on ships with other passengers with a contagious disease. Despite a potentially once-in-a-lifetime disaster scenario, as we wrote this piece today, the stock was trading in the $114 – $115 range. This is a perfect example of a stock being so cheap that even a disaster doesn’t result in a loss of capital.

As of now, we’re getting mixed reports from travel agents. Some say cruise bookings are down while others have clients who are afraid. Either way, the ships are still sailing full. While we can’t predict when the corona virus will be gone, it’s clear that the demand for cruising remains strong even when there is an element of danger involved. We’d also emphasize the important point that in the event of an extended Chinese quarantine, Royal Caribbean can sail the Spectrum of the Seas to a new port. The ship will not become a stranded useless asset.

Conclusion:
One of the ways Deep Knowledge Investing consistently makes profitable investments is to find situations that are misunderstood and explaining to our readers those elements of an investment the market is missing. When a stock is so cheap that it can absorb a huge unpredictable disaster and still not cause a loss of capital, it’s a great investment opportunity.

Update:
While we were editing this piece, Royal Caribbean announced it has cancelled a total of 18 cruises which would impact 2020 earnings by $.65, or 6%. The company said that if it needs to cancel Asian cruises through the end of April, it would cost an additional $.55. The stock has traded to $113 in the pre-market.