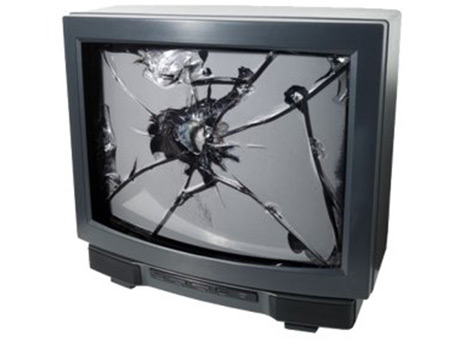 A couple of months ago, we put out a piece pointing out that CBS had the idea that the company would get an additional $100MM in revenue related to changing the way they accounted for delayed viewing of programs on DVRs. In other words, advertisers would get the exact same value, but CBS would charge more because it changed the measurement system. This made almost as much sense, but was not as funny as the Spinal Tap “These go to eleven” moment.

A year and a half ago, we released TV is Next where we identified DVR commercial skipping as a serious threat to the television business. We estimated that 50% of all commercials that aired on a DVR’d show were skipped by viewers. Further, we hypothesized that about half the DVR viewers skipped all the commercials and the other half let them run.

The Wall Street Journal got onboard today, and it turns out that we might have been too optimistic. We had assumed that younger viewers skipped the ads and many older viewers didn’t realize that ad skipping was an option. According to the WSJ, it turns out the divide may be between viewers of upscale shows who advertisers would pay a lot to reach, and viewers of shows that command much lower ad rates.

Just to pick a few examples, ad retention is terrible for AMC’s popular shows like Mad Men (27%) and The Walking Dead (34%). Several high-end FX shows like Fargo (33%) and Justified (30%) make the list too. What we’re seeing is that among viewers of DVR’d shows that attract an upscale audience, 70% of them aren’t watching the commercials.

This is not good for the network since advertisers aren’t going to pay for an audience that won’t watch the commercials.

According to the WSJ, media executives think this issue will resolve itself as they switch viewers to on-demand streaming video featuring commercials that can’t be skipped. We think this may not be as effective as the executives may anticipate. Constant and lengthy commercial interruptions significantly impair the experience of watching a good show. People who have found a way to avoid commercials are not going to be happy to have ads forced back into their viewing.

These viewers have other options including Netflix, Amazon Prime, Bit Torrent, and Popcorn Time. The networks are going to try to push viewers into a more-expensive less-enjoyable viewing model when cheaper more enjoyable options are available. That seems like a poor way to try to regain the viewers who are most attractive to your advertisers.